What Gives Us Hope - SecondMuse 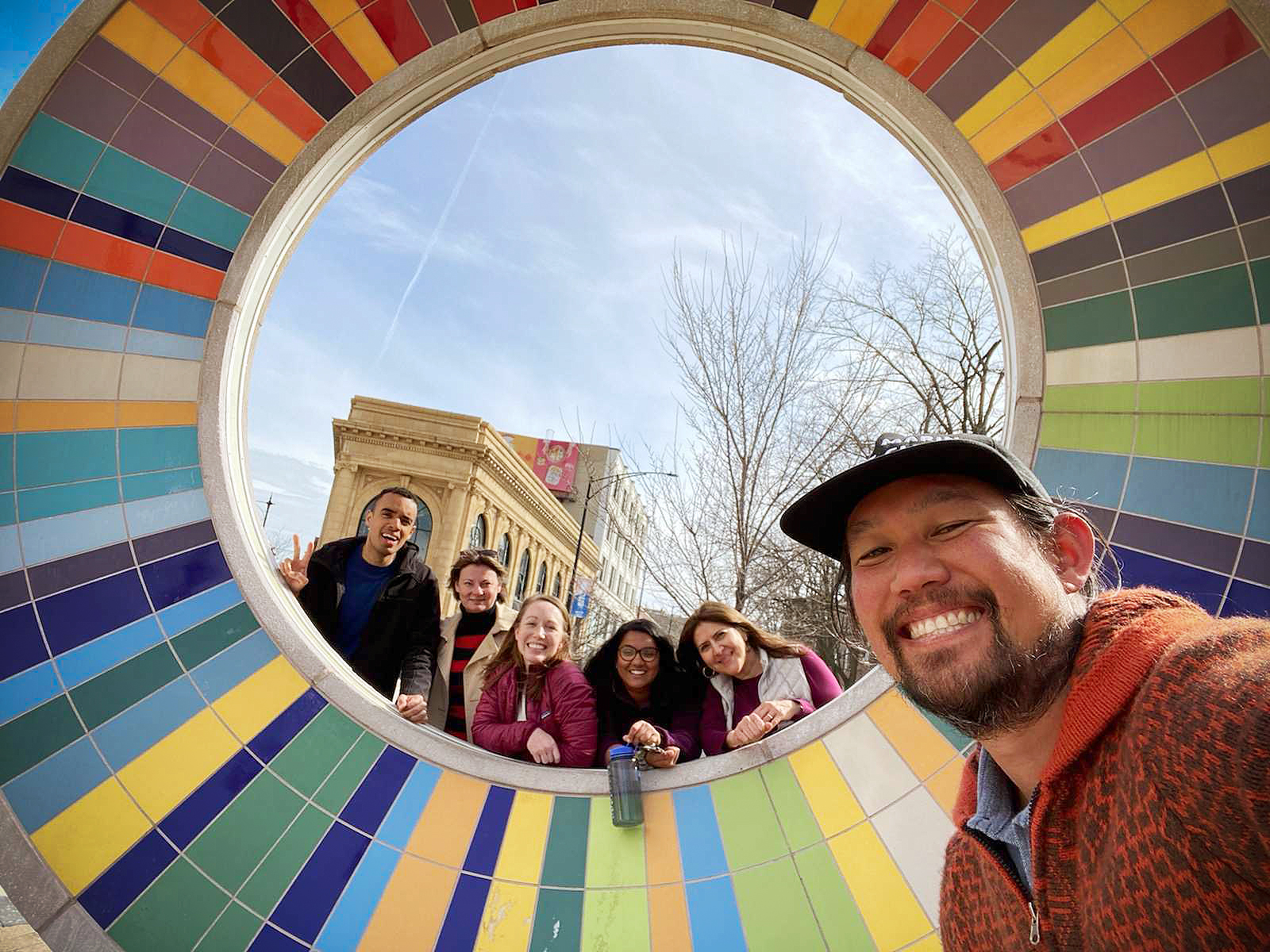 What Gives Us Hope

The news can be bleak. But these in-the-field moments inspire us and remind us of the progress that is underway.

SecondMuse was founded in 2008 with a vision for a prosperous, equitable, and just future for all. Since then, a pandemic, wars, social setbacks, and global warming have underscored the urgency of this vision, while also layering on new challenges.

Just as the world seemed to be waking up to the urgency of environmental action, the pandemic spurred new demand for all things plastic.

“The zeitgeist went from, ‘what are we doing to our planet?!’ to ‘quick, wrap everything in plastic to save lives,'” SecondMuse Co-CEO Todd Khozein recalled.

And just two years after a movement for racial justice took hold in the U.S. and beyond, economic setbacks shifted priorities again. Our recent State of Entrepreneurship in the U.S. study found that entrepreneurs have deprioritized “racial justice” since 2020 and are more focused on issues like poverty.

From the wave of legislation limiting access to abortion services in the United States to increased alarm among climate scientists, there is plenty of disheartening news to go around.

But amid all the bleakness, and behind the very real setbacks, challenges, and heartbreaks, there are quiet signs of progress. SecondMuse’s Co-CEO Carrie Freeman sees them in new levels of support available for innovators from historically marginalized groups.

“I don’t want to say that the support is abundant, but the reality is that the government, corporations, and investors are very focused on supporting innovators right now, and especially those who historically haven’t received so much support,” she said.

“Building economies that are centered in communities and on justice is grueling, incremental, and arduous work,” Todd said. “But when we build it right, we create a better future for all. And when I’m feeling sad or disheartened, knowing that so many people and organizations share SecondMuse’s vision of a world that is good for all people and the planet always gives me the courage to push through.”

To give others the courage or inspiration to keep on working for a better world, we’ve rounded up anecdotes from our colleagues that show signs of progress and remind them that communities all around the world are doing the work required to build a prosperous, equitable, and just future for all.

Stories of Inspiration From SecondMuse

I recently attended an event and witnessed founders of color receive financial support from large tech companies. I’ve also learned that a Black woman is seeking to solve the challenge of hiring bias in the workplace to open additional doors for more women of color to enter the workplace. And I’m inspired to share that the local National Society of Black Engineers chapter in Chicago is planning to open a tech center in a less-resourced neighborhood to create hope for young future engineers and technologists to have a safe place to learn and grow. Witnessing people believe in others through words, support, and actions reminds me that in spite of what is happening around us, there are those who care about legacy and leaving the world better than they found it.

At Headstream, we have worked with youth since they were 16, who didn’t know how to use their talents and knowledge around social technology and youth empowerment. Today, they are around 19-20 years old, serving as leaders across the ecosystem of digital equity and wellbeing for youth. Contributing to the building of their capacities inspires my sense of hope because it shows that we can create the beginnings of a system where the people who are most impacted by an issue are empowered to be the leaders who solve it. I also see progress when I see young people who would never have access to opportunities to influence change that affects them become empowered and clear on their role in shifting systems that impact their lives.

I’m seeing so much interest from a variety of stakeholders to rethink the current systems that we live in. Specifically, in the financial sector, there is so much interest from practitioners to rethink the current models and instruments we have in place. I’m starting to see a lot of new fund managers who are thinking about impact in a variety of different ways, ranging from supporting more female and BIPOC founders to investing in companies that have a positive social or environmental impact. Change is happening, it might be slow and sometimes hard to see, but like a caterpillar that eventually blooms, I’m confident that as a society, we are also entering a turning point.

When I feel low, I always reconnect to the partners and ventures that I work with. Listening to their stories always recharges me. Like the story of a father of two who quitted his job in accounting to fulfill his calling in plastic recycling work. Or, the story of a widow who found a new life purpose by working in a Waste Bank. Also, an aspiring entrepreneur who dismisses the negative stigma of working in ‘waste.’ I find hope in the spirit of the people that I work with, internally and externally, the way we aim for a mutual goal and synergize working towards our vision, and I do find hope in signs of behavior change. Slowly but surely innovation keeps coming and thriving. 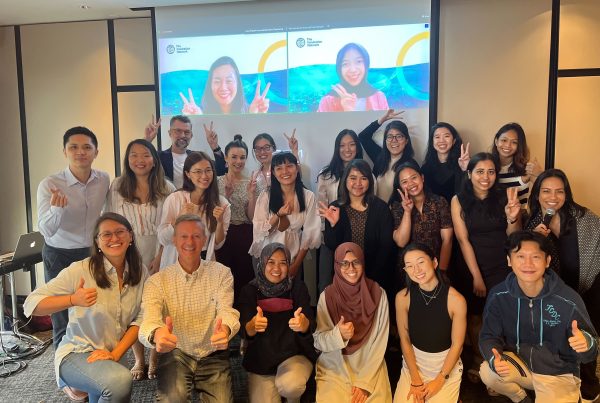 Hitting A New Stride in 2022, With Help From Our Partners and Team 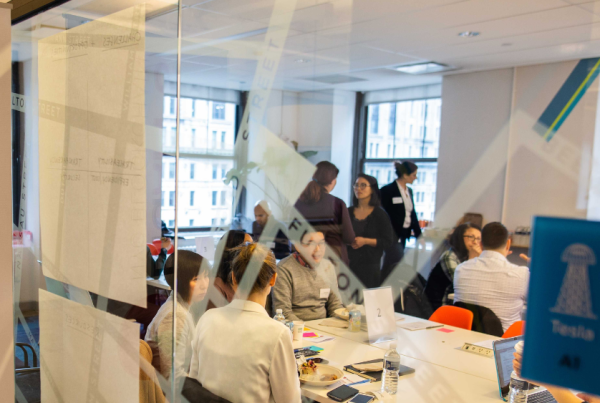 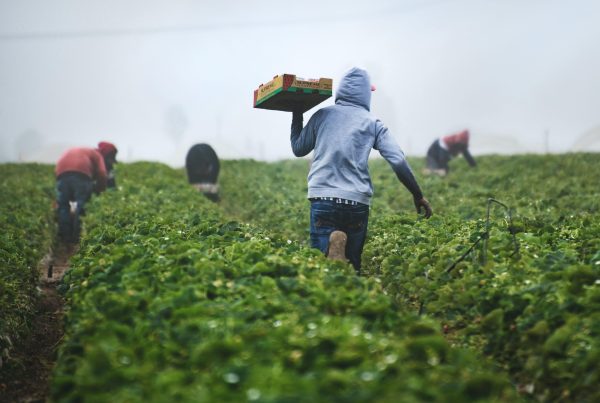