On Gaps to Inclusive Entrepreneurship + Inspiring Signs of Change - SecondMuse 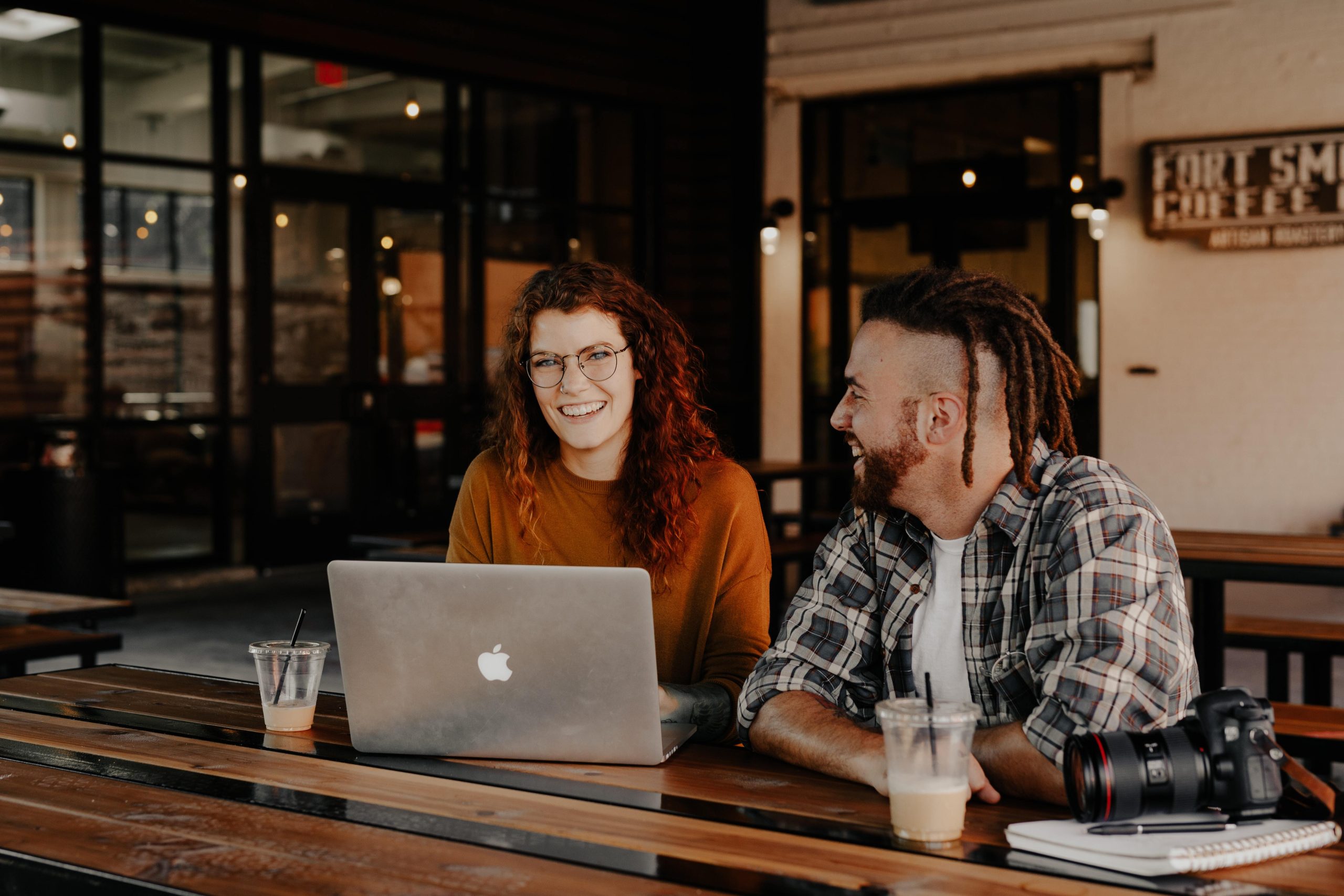 By ElsaNovember 14, 2022Capital
No Comments

In a recent SecondMuse webinar, panelists from across the entrepreneurial ecosystem talked about barriers to inclusive entrepreneurship and the work they're doing to spur change.

The CEO of Mars Materials, a company developing technology to decarbonize carbon-intensive industries, pitched 150 investors before ever receiving a check. As a Black entrepreneur mainly pitching to white investors, Aaron Fitzgerald explained in a recent SecondMuse webinar that each time someone declined, he was left wondering if “ultimately something else was holding up that determination.”

This isn’t an unreasonable suspicion. Study after study shows that investor biases result in entrepreneurs from historically marginalized backgrounds not only receiving a much smaller piece of the venture capital pie, but also fewer dollars from U.S. government grants. Those who happen to come from money can sometimes circumvent biases by avoiding the pitching circuit altogether and tapping family funds instead.

But what happens to those who can’t? What is it like for a Black scientist, a woman engineer, an Indigenous community leader with a great idea to navigate a complex capital system that might not give them a fair chance? And what larger impact do biases and other barriers to accessing capital have on the communities entrepreneurs come from, the people their innovations might serve, and our economies at large?

These are questions that are central to the work we do to build inclusive and resilient economies in which all humans have equitable opportunities to thrive. To dig into them further, we recently invited panelists from different parts of the entrepreneurial ecosystem to discuss persisting barriers to entrepreneurship and some encouraging efforts to address them. While Aaron brought the founder’s perspective, Arturo Franco, Senior VP at MasterCard’s Center for Inclusive Growth, offered institutional insights, and Jeff Cyr, Managing Partner at Raven Indigenous Capital Partners, shared experiences from the impact-focused corner of venture capital where investors are working to elevate entire communities.

Erica Barbosa, SecondMuse Capital’s Global Head of Innovation & Sustainable Finance, hosted the wide-ranging talk that kicked off with a recap of key findings from our 2022 State of Entrepreneurship survey: The report found that entrepreneurs from historically marginalized backgrounds without access to generational wealth are much more likely to see the economy as unfair and not inclusive than other respondents we polled.

“Obviously entrepreneurship is hard, and there are barriers every entrepreneur will face,” Erica said. “But since capital is such a fundamental determinant or enabler of success, those who struggle to access it are at a steep disadvantage compared to those who can easily tap the funds they need.”

Pitching to the Point of Exhaustion

So what do those disadvantages look like? And what toll do disadvantages take on the many entrepreneurs struggling to access funds? One of the biggest themes to emerge from the conversation was the role bias plays in complicating the entrepreneurial journeys of founders from historically marginalized backgrounds. As Aaron alluded to in his anecdote about pitching a whopping 150 investors, biases can result in mainstream or institutional investors (who are overwhelmingly white in the U.S. context) perceiving founders from different backgrounds as risky bets or “not a good fit.”  Aaron recalled that the first time he pitched a Black investor — the first time he didn’t have to worry that an investor might pass on him due to his race — he realized he wasn’t sweating. “I felt like it was just two people having a conversation,” he said.

It’s a story Jeff said he could relate to but from the other side of the capital system. As an Indigenous investor investing exclusively in Indigenous businesses, Jeff is often the first potential funder people from his community encounter who understands their culture, their worldview, and their potential impact. “We have a business we invested in significantly that went to 170 different VCs before they found us,” he said. “That number is not normal in the VC system. Yes, you do a lot of pitches, but that number is really outsized, and of course, what happens is that entrepreneurs get frustrated and exhausted mentally and just leave the game altogether.”

Beyond racial biases, panelists also discussed another big barrier to entrepreneurship: A systemic preference among funders for entrepreneurs with long, successful track records. “Academic institutions and investors prefer legacies and multiple-time founders,” Aaron said. “So when you don’t have generational wealth … it’s more challenging to get your name out there or to develop the brand authority required to tap into the investment pipeline. Then that makes it harder to hire the team you need, which in turn can lead to business failure.”

Panelists agreed that every business failure can reverberate far beyond the founders themselves. With every failure, the communities these founders belong to lose potential jobs, services, and opportunities to ultimately build wealth.

But Aaron and other members of the panel also shared signs of progress, including work some of them are doing to fill funding gaps and to ultimately make innovation and entrepreneurship more inclusive — a mission at the heart of what we do at SecondMuse and our impact investing firm, SecondMuse Capital.

Jeff spoke about the pains his firm takes to reduce barriers Indigenous entrepreneurs face to accessing capital. This includes educating them on the ins and outs of investing, connecting them with a peer network of other Indigenous CEOs, and using pre-structured legal and investment agreements to save them the cost and effort of finding a lawyer.

“We are actively looking to decolonize the investment process to make it feel less like a colonial imposition,” he said. “We want all boats to rise with this tide, so we are not seeking two unicorns and 18 to fail, we are seeking to build Indigenous wealth.”

Notably, he pointed out that this “greater good” approach to investing appears to be gaining mainstream traction. “The Black Lives Matters movement in the U.S. had a huge impact. Truth and Reconciliation in Canada had a huge impact. So there was a broad-based awakening in large sectors of the population including investors who are actually now more aligned with the vision and impact of what we are trying to create,” he said.

Since launching his firm’s first venture capital fund, Jeff says Raven’s investor base has changed with much larger institutional investors coming on board. The fund his firm is currently raising, he said, is composed almost exclusively of large investors from the U.S., Canada, and beyond.

To this point, Arturo noted that Mastercard, too, has been ramping up efforts to meaningfully foster economic inclusion. The organization, he said, had recently deployed $8 million in grants to community development financial institutions that in turn enabled more than $7 billion of affordable capital in the United States. Looking toward the longer term, he noted that the Center for Inclusive Growth and the BCG foundation had recently published a framework for inclusive economies — the result of research that many large organizations have been undertaking in recent years to learn more about their role in creating more inclusive economies.

According to Aaron, the winds of change have reached entrepreneurs as well. “A decade ago, I remember being very nervous to share that I came from poverty and saw that as a notch against me, but in the last few years, I’ve noticed a real sea change,” he said. Aaron, who is now venture-backed and grant-funded, added that people are now more receptive to hearing about his past, which he attributed to the increase in investors from “more humble backgrounds, more funds like Jeff’s and more corporate funds like Mastercard’s.”

Recently, he added, he had heard from other Black founders who were able to access funding after pitching just 35 investors — a fraction of the number he pitched years ago. “I think there is a lot of change happening, but I’m concerned the door is going to close when market perception starts to diminish and investors look to put their money in what they consider to be safe bets,” he said. “We need to think about what a safe bet is and who is part of that.”

For us, the safest bets are those that finance inclusive economies that are good for people and the planet and that return value to both investors and entrepreneurial ecosystems.

We have spent years working toward our vision of inclusive and resilient economies through a range of work intended to reduce barriers entrepreneurs from historically marginalized backgrounds face as they work to launch or scale their businesses.

Whether we’re designing programs that support climate tech innovation or working to improve digital spaces for teens, we are also simultaneously focused on making these sectors more inclusive. We are intentional about everything from where we advertise entrepreneur support opportunities to the tailored types of mentorship and corporate connections we arrange.

SecondMuse Capital, our impact investing firm, similarly takes pains to inclusively deploy capital to innovators in targeted impact areas and to promote inclusive practices among the spectrum of actors with whom we engage.

To complement this work, our research and design service, The Future Economy Lab, brings communities, innovators, and investors together to co-design truly equitable financial mechanisms that work as much for investors as the communities they are intended to serve.

Our conversation with Aaron, Arturo, and Jeff made clear that the road ahead is long. But we’re encouraged by the desire we see within entrepreneurial ecosystems to address systemic issues and to ensure that every Aaron around the world has an equitable opportunity to bring their unique brilliance into our collective future. 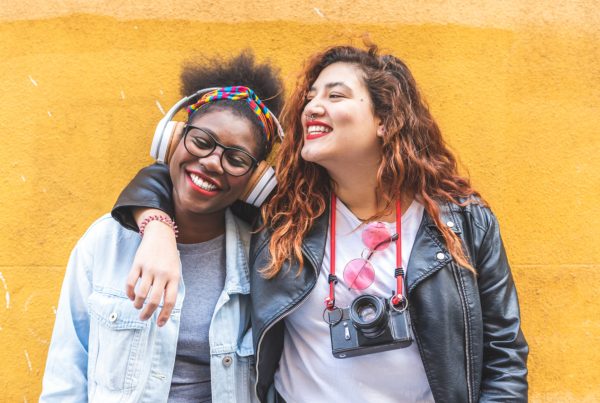 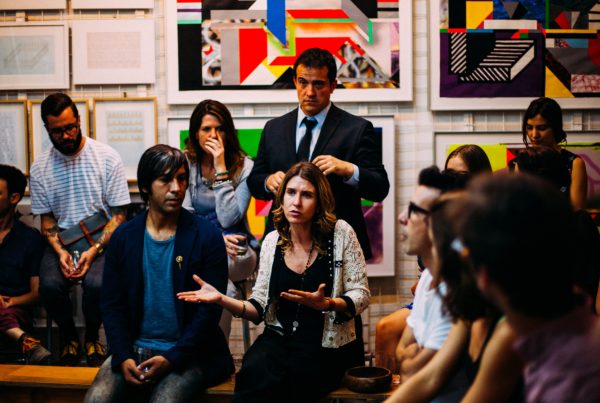 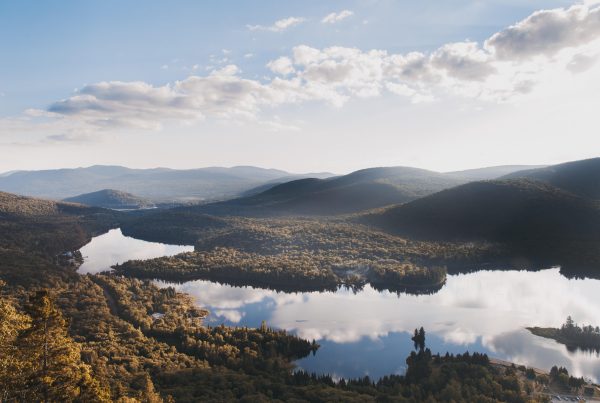