We stand with the Black community in the face of police brutality and systemic racism.

The recent murder of George Floyd was only the latest instance of police brutality against the Black community; his death and those of countless others have unleashed an outpouring of emotions and urgent calls for change. The severity of the moment has shocked the nation into action, but the roots of white supremacy run deep, and the web of connections is as insidious as it is intricate.

None of this is new, but why now? This moment brings together multiple crises. The compounded pandemics of racism and COVID-19 have exposed longstanding, pernicious dynamics affecting the Black community. Issues that have been swept under the rug are now magnified, mainstream discussions – with now the majority of Americans supporting Black Lives Matter by a margin of 28 points. 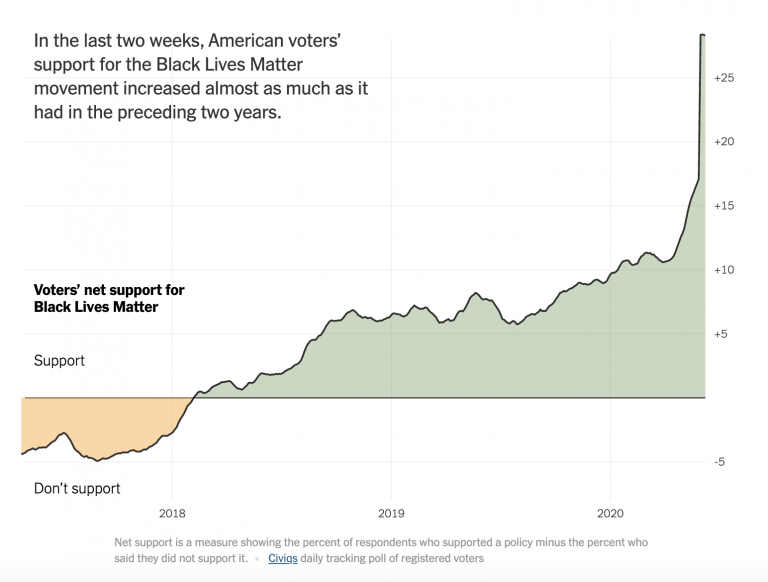 White supremacy has a long legacy in our national systems. Slavery was followed by the Jim Crow era, followed by “separate but equal” policies, followed by racist financial and housing policies that continue to this day.  Systemic exclusion and violence by the hands of the state not only coexist, but they are also mutually reinforcing systems.

It’s impossible to separate social justice from economic justice; the criminal justice and economic systems have formed a miserable handshake over four centuries of oppression – the partnership has just put different masks on throughout the years.

The longer oppression has existed, the longer it will take to heal. We have to grapple with the centuries of exploitation and cruelty before we can think about moving forward. This is a marathon, not a sprint, and one that must be addressed with the full context of how deep the oppression runs.

To address economic development and racism in silos is to confront a problem with intellectual dishonesty.  Economic systems that maximize profit above all else are not, and have never been, race-neutral.

They weren’t in 1619 when the first ships carrying enslaved people arrived in Virginia. As Matthew Desmond put it, “in order to understand the brutality of American capitalism, you have to start on the plantation.”

They weren’t from 1930 to the 1960s, when redlining went rampant and Black Americans were essentially excluded from acquiring legitimate mortgages and targeted by predatory lenders.

We didn’t get here overnight. Over centuries, the economic and criminal justice systems have worked hand in hand to systematically devalue Black lives. We know that the means will always define the end. Our actions themselves define the future – there’s no way we could have anticipated today’s economy 400 years ago. The genesis of American capitalism was born in slavery. Our actions since then were informed by that original sin, and evolved into the monster we have today. A loving future can’t originate from a place of violence that never addresses its history and changes its course.

Glaring injustice sharpens clarity. We know what’s not worth returning to, and what could be possible instead.

We have to think about it differently. If we’re only focusing on maximizing profit above all else, whatever system we build will only create more oppression – be it towards the planet or human dignity.

Will we chase platitudes over the messier work of social change?

We can’t choose the same society after we’ve recognized its critical flaws. An earthquake doesn’t take a building down, it exposes which buildings are weak.

We need truly inclusive economies, ones that work the same for everyone. Economies that do not exclude entire groups of humans based on physical, historical, or social characteristics. To be clear, by no means should we pursue a system in which effort is not met with reward. But when effort is not met with reward, particularly because of something that is simultaneously irrelevant to the quality of an individual’s contribution as well as wholly outside of their control, that system simply doesn’t work. Exclusive systems don’t incentivize people to strive to their highest ambitions, and in fact disincentives participation and investment, and our society ends up weaker for it.

We stand with the Black community in the face of police brutality and systemic racism. We were founded on principles of dismantling systemic barriers that prevent marginalized communities the opportunity to fully participate in, and benefit from, economic systems. But we can’t continue to better the world around us without constant reflection and action on where we can better ourselves.

While we’re working through what actions we can take to drive change faster, last week, we made several immediate donations to Black Lives Matter and Dismantle Collective.

We’re in this for the long haul. We’re doubling down.