At first glance, the U.S. cities of Fort Myers, Florida and Battle Creek, Michigan may not seem to have much in common. Fort Myers, in the sunny southeast, is a growing city that has historically catered to tourists and retirees seeking a respite from gloomier weather. Battle Creek, more than 1,000 miles north, is a legacy city once driven by jobs for the famous Kellogg Company.

But when SecondMuse’s Jonathan Romine looks at them and hundreds of other mid-sized cities across the United States, he sees the same untapped potential for innovation and more equitable economic development.

Romine is the program director for Kinective, SecondMuse’s community-sourced incubator in Southwest Florida, an area that ecompasses Fort Myers. He also has oversight over Morning Light, a similar SecondMuse incubator in Battle Creek. Both programs focus on strengthening local economies by supporting purpose-driven small business owners, startups and entrepreneurs. They are rooted in the belief that truly sustainable economies must prioritize the innovation, ambition, needs and desires of local communities — not those of visitors or outside corporations. Their locations are also affirmations of SecondMuse’s belief in the untapped potential of historically overlooked populations in overlooked cities.

Since launching in 2019, both programs have helped develop businesses and innovations that have already laid the groundwork for more inclusive, sustainable growth, and inspired a new vision at SecondMuse.

“We want to offer to other cities what we have learned in these two programs and through our work the past decade to support entrepreneurs and build economies that look like the community — not an economy that only looks like a portion of the community,” Romine said. “We see this as the future of our work at SecondMuse. Our goal is to be in 100 cities in 10 years, especially in the middle of the U.S., and not just the coasts.”a 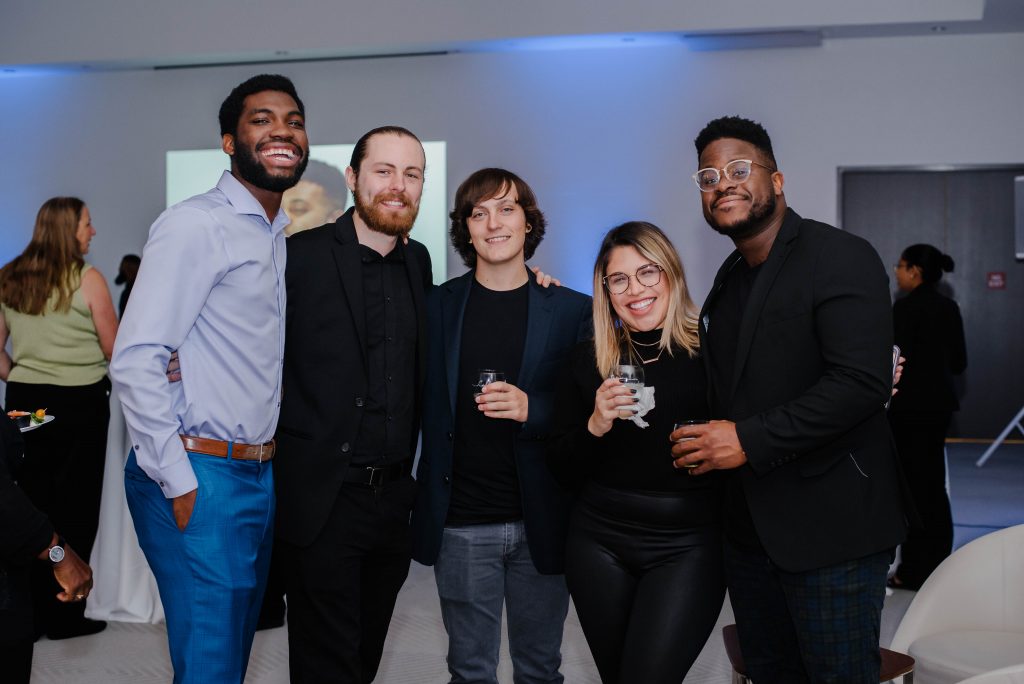 These incubation programs can be seen as a correction to traditional approaches to economic development that have contributed to wealth and opportunity gaps across the country. Jason Teeters, Program Manager at Kinective, explains that flawed priorities in Southwest Florida, for example, have resulted in an economy where visitors can easily buy flip-flops and buckets of beer, but some locals must travel miles to fill a prescription. “Communities in Florida are really set in the ways they are run and the focus is always on visitors and the money they bring in,” Teeters says. “And this decision making has left a lot of businesses behind.”

In Battle Creek and other legacy cities, meanwhile, communities are still paying the price for once hinging their fate so closely to a single industry or business that has since downsized or disappeared. Though this legacy should serve as a lesson for cities today, many continue to vie for big businesses to come to town, convinced that they hold the key to economic growth.

Kinective and Morning Light reject this approach and instead believe that the true key to sustainable growth lies in empowering many more much smaller, but deeply relevant businesses, nonprofits and startups to grow. “If we can find pathways to allow small business owners to hire just one more employee — that impact is far greater than [whatever impact may come from] enticing a large company to come,” Teeters says. “Anybody who’s been to Florida knows it’s hard to make it last down here and a lot of times those companies come and then 5-6 years later, face challenges … and leave.”

Even if big companies stay, they may not serve the needs or reflect the interests and culture of locals. And they may be more concerned with providing economic benefits to shareholders and other outside stakeholders than to local community members.

Kinective and Morning Light guard against these issues by supporting small cohorts of entrepreneurs who reflect the diverse backgrounds and needs of their communities. Since 2019, Kinective has supported two cohorts of local entrepreneurs, the majority of whom have been women and people of color.

Morning Light has similarly supported creative entrepreneurs from backgrounds that reflect the diversity of Battle Creek through its inaugural cohort. The program’s second cohort, which launched this month, is extending the trend. 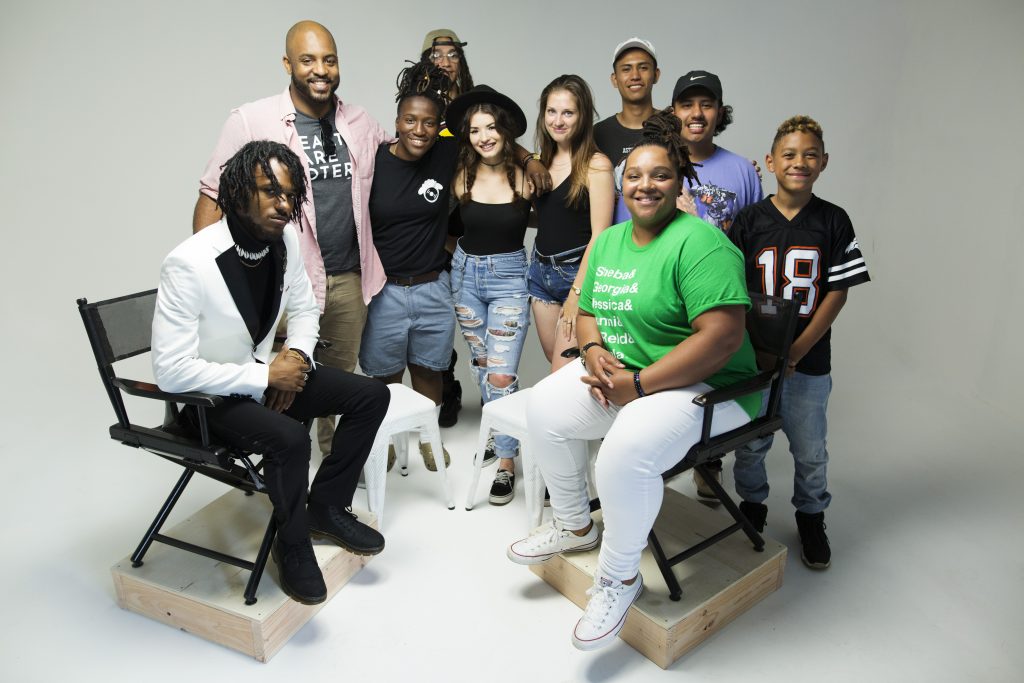 Once accepted to either of the SecondMuse incubator programs, entrepreneurs receive the resources they need to bring their vision to the next stage of development. For many new entrepreneurs, particularly those who have not had these opportunities before, the process of taking that crucial next step can be daunting. In Battle Creek, “it’s a really confusing process for a lot of people,” says Justin Andert, Community Manager. “It all has been random based on which neighborhood you’re in and it has made a lot of people’s entrepreneurial journeys really convoluted and difficult. So the idea is for Morning Light to be a connector for all those dots and be a single place where people can access resources.”

As its name suggests, Kinective is similarly interested in being the connective glue bringing all the pieces of an entrepreneurial puzzle together, from where an entrepreneur can find legal counsel to how they access finance and logistical advice.

“A lot of people have passion to create something … or they see a challenge and want to fix it. They just need someone to believe in them and point them in the right direction,” Teeters says.

By pointing entrepreneurs in the right direction, Kinective has empowered Dr. Shadreka McIntosh to open a much-needed pharmacy and wellness center in an underserved area. It has helped Jesse Bryson expand his mentorship program for teens and Caleb MacPherson to open a cafe and social gathering space where there wasn’t one before. In Battle Creek, meanwhile, Morning Light has helped Elisangela Diaz-Andrade secure funding to buy the equipment she needed to increase production for her churro business with the goal of selling her Brazilian desserts in regional grocery stores. It has helped Cordell Holmes expand his fitness center to a new boutique location he can call his own, and Jamila Mullen to launch her Independent Wellness/Massage practice and help sustain it through the Covid-19 crisis.

This sort of incremental development, Romine says, may not be as flashy as a big company coming to town and hiring 100 people. “In places like Battle Creek and Fort Myers, it doesn’t make front page news if somebody hires three people this year,” he says. But incremental, sustainable growth, multiplied across many businesses, can have an even greater impact on a city’s economy. 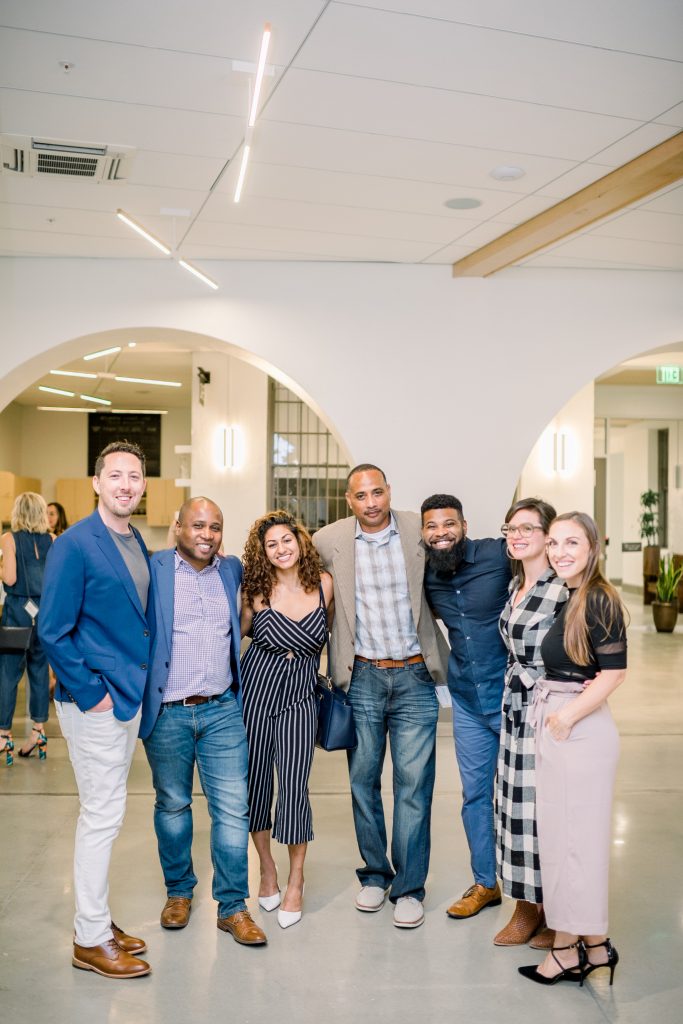 For the economic model to truly work, though, it must be inclusive and reach communities that have traditionally been overlooked. Accessing them requires program staff to be out in neighborhoods interacting with community organizations, local leaders, creative types — DJs, designers — non-profits, and reducing barriers to the incubation program wherever possible.

“We are not telling everyone to come to our office. Lots of folks have transportation challenges and folks from marginalized communities don’t always feel welcome in downtown Battle Creek,” Andert says. “So we bring our programming to different communities, and support at the neighborhood level.”

Romine says that getting down to the granular neighborhood level is hard work, but ultimately what sets these programs apart from traditional economic development work. “Being intentional about outreach and partnerships and going into neighborhoods sends a telling message: ‘Hey we’ll come to you. We want to understand your neighborhood, why you’re building what you’re building where you’re building it.’ We won’t tell someone, ‘No you should build it here instead.’  It’s one of the most important things we do.”

Each person who connects with the incubator program becomes an ambassador for their own community, who can pass on lessons and inspiration to even more people brimming with ideas and ambition, who just didn’t know where to start. Teeters has witnessed this happen in just the last year after publicizing the work of the first 11-person cohort.

“As we followed them, shared and highlighted the work they’re doing, all of the sudden it created this group of individuals coming out saying, ‘I have a small creative business. I want to be involved in the community. I want to figure out how we can support each other,” Teeters says. “These types of engagements are what is really beautiful about the work and show us the opportunity we have.”