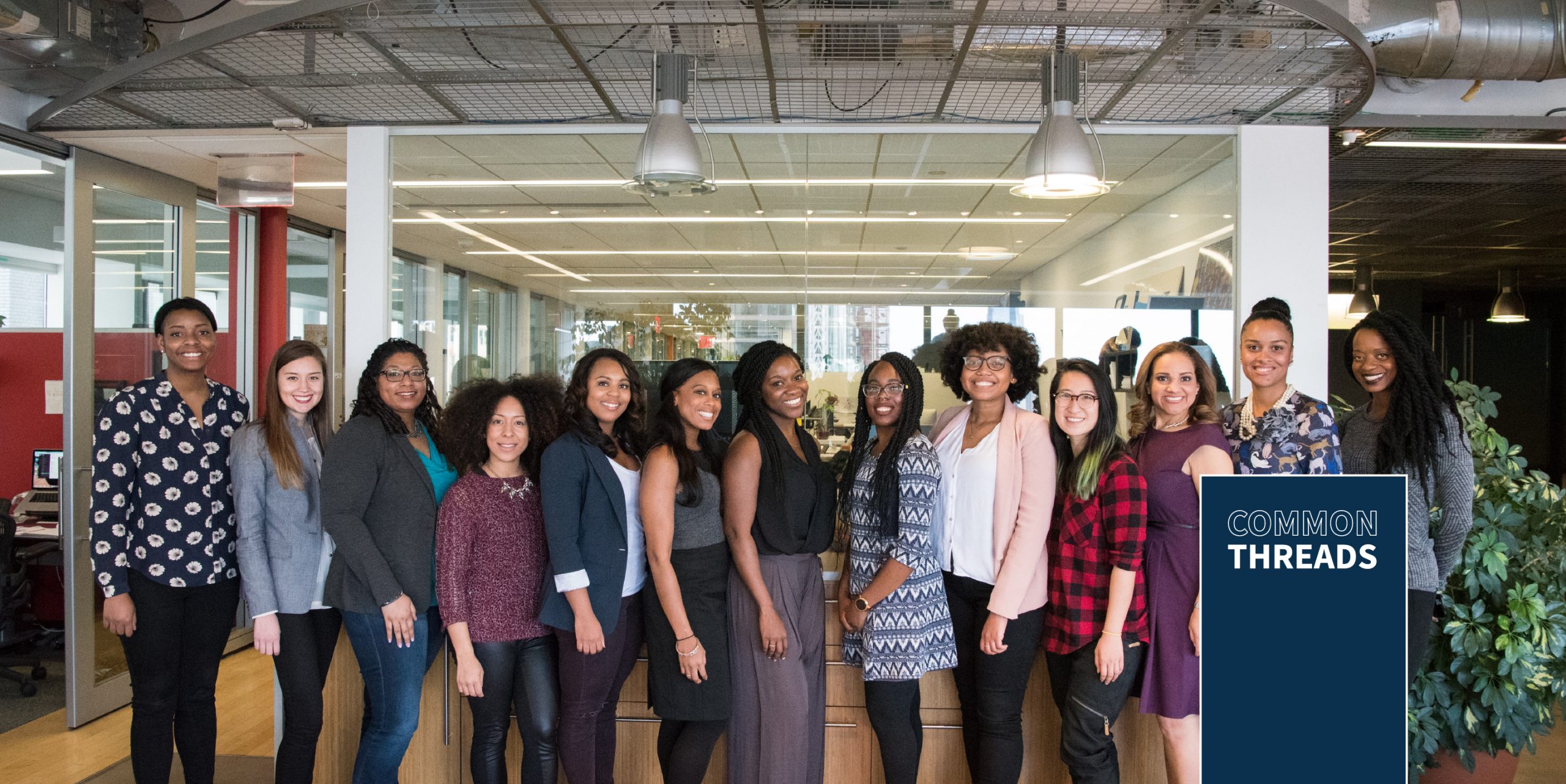 SecondMuse programs — no matter their primary cause — work to "lift women into their power."

At SecondMuse, our work to build inclusive economies spans sectors and geographies. In South and Southeast Asia, we are focused on solutions to the problem of ocean plastic pollution. In the U.S., our teams are focused on everything from youth wellbeing and climate technology, to the development of entrepreneurial ecosystems that support Black founders, advance gender equality in technology and grow local economies in small cities. Among other things, we also have a capital management arm and run the world’s largest global hackathon, the NASA Space Apps Challenge.

As varied as our work can be, it is tethered by common threads that include our commitment to community-building and collaboration over competition, and our pursuit of justice in everything from small human interactions to global scale movements. Our views on justice, which are featured in our company imperatives, inform the way our programs are designed and compel us to think critically about our role in advancing gender equality in the economies we build.

Todd Khozein, Co-CEO of SecondMuse, explains that the company’s dedication to advancing gender equality is rooted in the belief that people and institutions with power and privilege bear the greatest responsibility to right wrongs. “The future needs to be decidedly different from the past,” he says. “As a company designing economies of the future, we fiercely defend equality.”

The past, of course, has resulted in the staggering underrepresentation of women in economies around the world. According to the World Bank, women perform 75% of the world’s unpaid work and are overrepresented in informal economies, where they lack benefits, earn lower wages than those in formal economies and are subjected to more instability and dangerous conditions. For a host of legal, structural and cultural reasons, they are less likely than men, globally, to complete their education, open a bank account, serve in leadership roles, start businesses and influence the economies that shape our lives.

To shift the dynamics that have marginalized women throughout history, SecondMuse has launched programs overtly dedicated to the advancement of gender equality, like GET Cities or Gender Equality in Tech, which, as its name suggests, is working to elevate women, trans, and non-binary people in an industry that is overwhelmingly dominated by white cis men. But across all of our programs — even those that are not overtly tied to the topic of gender — we are constantly engaging in efforts and initiatives that aim to do the same, via program design and less formal idea exchanges between colleagues. “I try to act as a thought partner across The Incubation Network, Headstream, For ClimateTech, and other programs,” says Leslie Smith, the National Director for GET Cities who has nearly two decades of experience working for economic justice.

“I think one of the beautiful things about SecondMuse is that our staff collectively has hundreds and hundreds of years of experience that we can leverage to ensure that gender and racial equity and economic justice are cross-cutting core values and that we are lifting oppressed people into their power across programs.”

Below, we’ve rounded up a sampling of some of the ways our programs work to lift women, trans, and non-binary people “into their power” across industries and around the world.

GET Cities, a SecondMuse Foundation initiative, aims to increase the impact and influence of women in tech through the development of inclusive tech hubs across the United States. Its programs in Chicago and Washington, D.C. are working across academia, industry, and entrepreneurship to build pathways for women, trans, and non-binary people into tech, align local tech ecosystems, and create long-term systemic change. The programs are focused specifically on boosting the percentage of women, trans and non-binary people who complete four-year tech/computer science degrees, enter — and remain in — the tech industry, and who found companies and receive funding. Its fellows program in Chicago is already supporting 20 early career women, trans, and nonbinary folks, while its Tech Equity Working Group is actively focused on equality within the entrepreneurship and innovation space.

The Incubation Network supports and scales solutions that prevent the flow of plastic waste into the world’s oceans. Its team uses a custom gender framework to plan all of its programs, activities and projects. They have participated in trainings designed to help them understand the way gender influences power dynamics across the program’s five diverse target countries — Indonesia, India, Thailand, Vietnam, and the Philippines — and how to identify opportunities for change. It is currently kicking off its Leakage & Livelihoods program, which will support seven projects across South and Southeast Asia that each aim to improve the livelihoods of informal workers in the waste sector, the majority of whom are typically women. It is also building a separate cohort of projects that will specifically target gender inequalities within waste market systems. Finally, The Incubation Network is launching a bespoke curriculum that guides circular economy entrepreneurs in using a gender-inclusive lens to strengthen their business.

For ClimateTech is a global community of innovators, entrepreneurs, corporate partners, and investors working to elevate Climate Tech founders solving for the climate crisis. Its new Venture For ClimateTech program, a non-profit global venture studio + accelerator, initiated pipeline partnerships with six women founder organizations, and selected 36 semi-finalist teams for its inaugural cohort of companies — a third of which are also founded by women. Its tech-to-market Scale For ClimateTech program is run by four women who pay special attention to the needs of women participants, as they are more likely than others to be misrepresented or undervalued in climate tech circles — from manufacturing services to investment opportunities. Scale For ClimateTech has over 30 mentors, a third of whom are women, who support the program and offer their technical expertise to innovators.

Headstream builds wellness through inclusive digital experiences. Its ongoing research has found that most social technology on the market is not designed to serve the unique wants and needs of teenage women — especially those from Black, Indigenous, Latinx and LGBTQIA+ communities. It has therefore prioritized support for innovators from these demographics. For example, more than three-quarters of innovators in Headstream’s current accelerator cohort  identify as women or non-binary while 36% of the 25 innovators identify as women or non-binary people of color. The innovators are all working on digital solutions for young people in the social tech, ed-tech, and digital health sectors. The multitude of lived experiences among Headstream’s cohort innovators will lead to social technologies that meet the needs of all youth as they grow up.

SecondMuse Capital is the impact-focused asset management arm of SecondMuse. Diversity and inclusion is central to all of its work and is reflected in its investment approach. Those managing its forthcoming climate innovation venture capital fund, CLIO, aim for all of the companies they invest in to meet stringent diversity and inclusion metrics within three years of launching. Its Senior Director, Sylvain Carle, insisted on bringing on a woman partner to the fund and has also publicly committed to only participate in panels that have 50% representation by women. Meanwhile, its Future Economy Lab, which generates financial mechanisms and models, similarly prioritizes diversity and inclusion and, in partnership with Grantmakers for Girls of Color, is exploring new mechanisms and strategies for “abundantly investing in girls of color.”

This is the fourth article in our ongoing Common Threads series, which casts a spotlight on the “common threads” that run through all our work across sectors and geographies. Read previous articles below: 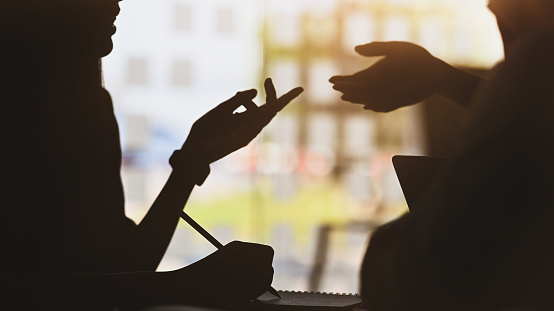 Women From SecondMuse on Breaking Biases in Life and Work

Uplifting Young Black Men One Piece of Content at a Time 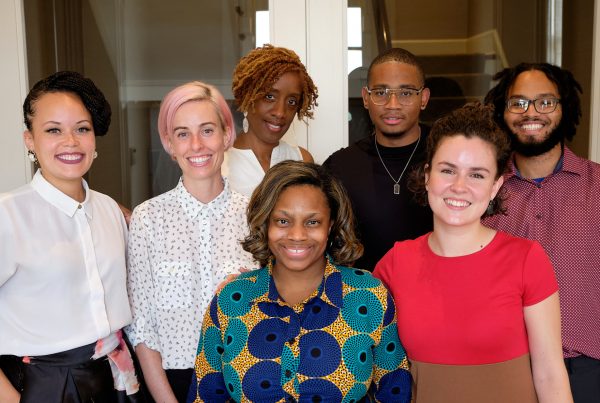 Baking Gender Transformation into the Industries That Will Define Our Future