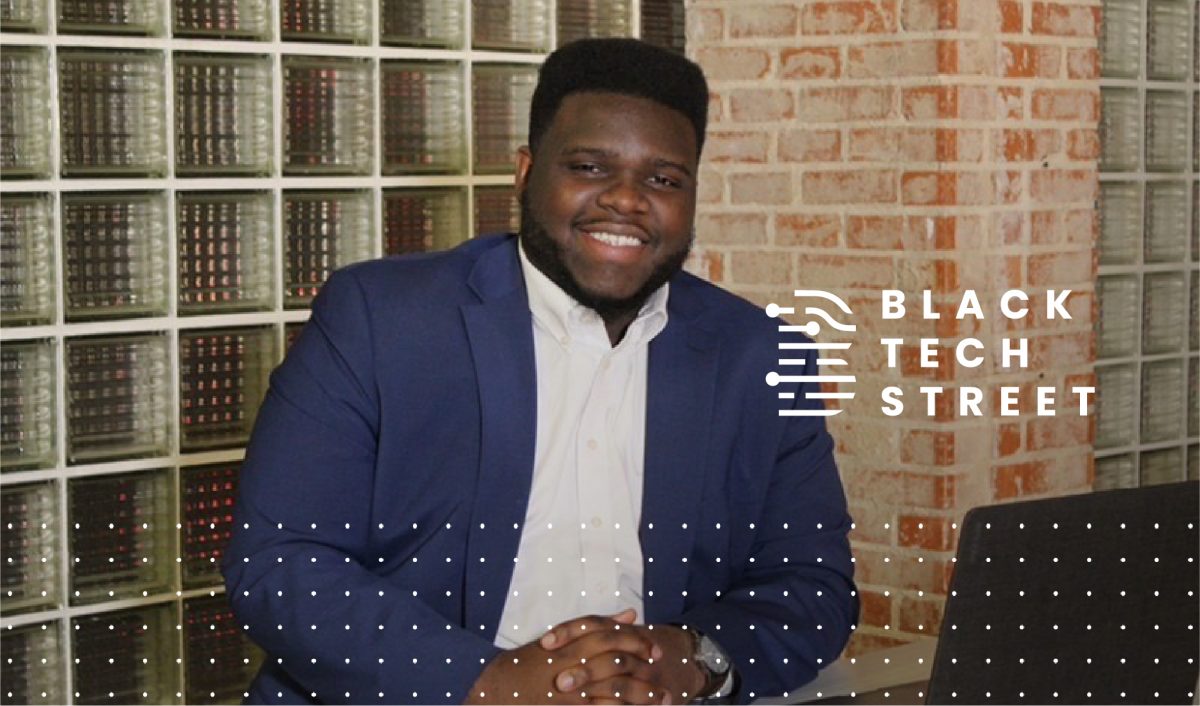 To mark the centennial of a racist massacre in Tulsa, Oklahoma, SecondMuse spoke with the founder of Black Tech Street about his vision for a Black innovation movement rising from the site of the historic destruction.

A hundred years ago this month, 10,000 white rioters laid waste to a thriving Black community in the U.S. city of Tulsa, Oklahoma. With support from local police, the armed rioters began firing into the city’s Greenwood District on May 31, 1921 and continued their assault for two days. They killed locals, looted homes and burned nearly every building to the ground: a dozen churches, five hotels, 31 restaurants, four drug stores, eight doctor’s offices, more than two dozen grocery stores, and the Black public library, according to a report by an Oklahoma state commission.

Gone were the physical structures that made up Black Wall Street, the term Booker T. Washington, a leading 19th Century intellectual, gave to the stretch of businesses that flourished in the face of state-sanctioned racism. But the legacy of Greenwood lives on in people like Tyrance Billingsley II, a Tusla native who grew up inspired by the tenacity of his ancestors and the question of what Tulsa might have been if Black Wall Street had been supported rather than destroyed.

To mark the centennial of the Greenwood Massacre, Billingsley and SecondMuse have launched Black Tech Street, an initiative that seeks to answer a question we share. What would a supported Black tech economy look like? What sort of economic and cultural shifts could emanate from a “Black Tech Street” that draws on the awe-inspiring history of Black Wall Street?

For this day of remembrance, SecondMuse, invited Billingsley to discuss the legacy of Black Wall Street and his vision for a thriving Black tech economy and Black tech movement emanating from Tulsa, Oklahoma.

SECONDMUSE: When did you begin thinking about reviving, in a sense, Black Wall Street, and reimagining it as a Black Tech Street?

TYRANCE BILLINGSLEY II: The first time this thought ever crossed my mind, I was 17 and a senior at Booker T. Washington High School. I loved tech and I also felt a pretty deep connection to the history of Black Wall Street. The level of tenacity and resilience it took for these Black entrepreneurs to build businesses during Jim Crow [a period of state-sanctioned racial discrimination and segregation], reminded me of the tech industry: that whole attitude of “we’re going to build it, nothing’s going to stop us, let’s smash through the walls.” That led me to believe that had Black Wall Street been supported and not destroyed it would be nothing other than the world premier Black Tech innovation economy.

Tell us about your vision for Black Tech Street. What will it look like?

As far as our larger vision goes, what we want is a mindset shift that is akin to the mindset shift Black Wall Street generated 100 years ago. Black Wall Street showed people what was possible amid vicious obstacles. A hundred years later, our country is looking for answers to big questions about racial injustice and the racial wealth gap. The average wealth of a white American family is in the neighborhood of $171,000. The average wealth of a Black family is around $17,000. So how do we address this problem? The answer will be in the wealth a supportive ecosystem for entrepreneurs generates for Black Americans, but also in this cultural mindset shift that will reshape the way the country looks at young Black Americans. Rather than seeing young Black people as the next Kobe Bryant or entertainer, they will begin to see them as future technologists who may solve climate change or future tech CEOs whose companies will disrupt entire industries. So I hope Black Tech Street can eventually shift the cultural perception of Black Americans, close the racial wealth gap and solve some of the world’s biggest problems. But it begins by mobilizing and reminding Black people everywhere that their community has always contributed to the world’s innovations and that oppression alone has sometimes kept them from fulfilling their full potential.

How will you achieve this vision? What will the work look like on the ground in Tulsa?

The goal is to build out an ecosystem that allows for the support of Black entrepreneurs. This involves giving them access to different forms of capital (from venture capital, to debt to grant capital), helping to attract new entrepreneurs to this community, and making sure the community is built in a way that maximizes their potential. We’re working to partner with some of the larger companies in the area, so they can tap the expertise of Black entrepreneurs in Tulsa and be part of the ecosystem we’re building. But we’re beginning by engaging with the community to co-design a 10-year strategy informed by what we know catalyzes innovation. We’ll be focusing on entrepreneur support, narrative and communications, capital, workforce, policy, and infrastructure, but will put the needs of the community first and foremost. We’ll also encourage others to build their own Black Tech Streets wherever they are so their economies can work together in a way that causes that cultural transformation and sustains Black tech ecosystems long term.

Though you started thinking about this idea when you were 17, it wasn’t until early 2020 when you first began putting the idea into motion. What motivated you to take the first step?

The timing was primarily motivated by my own sense of duty to honor the legacy of my ancestors. It was also born from my own experience as an entrepreneur in Tulsa, who ran into obstacles and saw first hand how empowering entrepreneurship can be, but also how much need exists in cities like Tulsa for a stronger support network for Black innovators. I care about Tulsa’s future, and want to ensure that the tech renaissance we are in the middle of is embraced in the correct way and does not replicate the racial disparities and injustices characterized by the larger tech economy. In order for a system to be fair and not oppressive, it must be co-designed “by the people for the people” and built in a way that does not empower people in the sense that “I have power and I will transfer it to you.” The idea is to build the system in a way that helps people build power for themselves and to avoid a small group having power over everyone else. And that is deeply woven into both Black Tech Street and SecondMuse’s way of thinking. So we will be co-designing Black Tech Street alongside the community, and evolving to meet the community’s changing needs. That will make for an ecosystem that is different from the ones we see glorified by the likes of Silicon Valley.

As you were laying the groundwork for Black Tech Street last year, the pandemic and spate of high-profile police killings of Black Americans, including the murder of George Floyd a year ago, prompted a major reckoning around racial injustice. What do these recent events indicate to you about the state of the country and the progress we’ve made (or lack thereof) since 1921?

The negative legacy is still very much alive. All you have to do is look on social media and you’ll see that, in a lot of ways, things haven’t changed. But the negative legacy is not the focus of what is coming up. Our country is at a crossroads and Black people here and in general are in a place of desperation, it seems, to fix things. One of many answers, I believe, can come from Tulsa. While it’s important to understand things are not great and we’ve got a long way to go, things were much worse 100 years ago and look at what the people of Greenwood built back then. So I think the message is: there is hope regardless of how things currently are, and we just have to carry that light even though the darkness hasn’t yet lifted.

Visit www.blacktechstreet.com to learn more about the initiative. 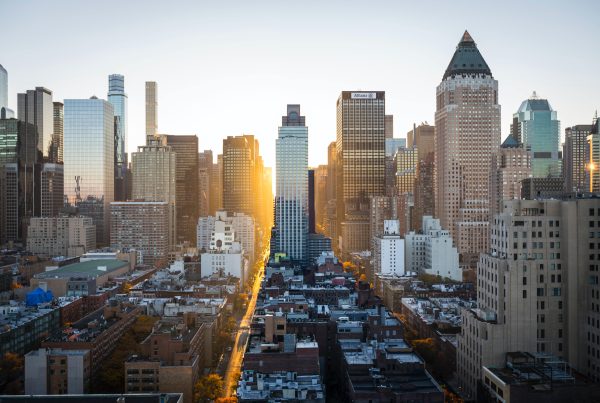 Our Latest Study Highlights Areas Entrepreneurs Can Benefit From Support 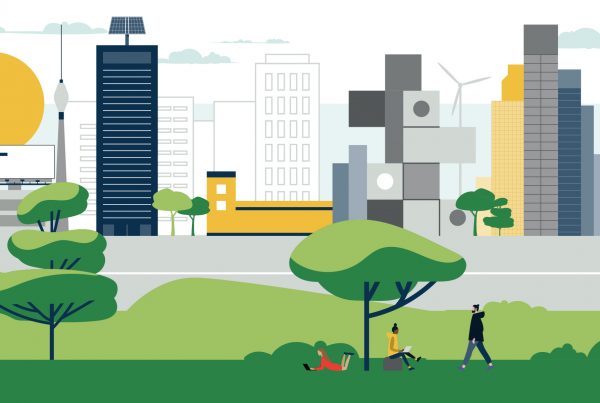 Changemaking in 2021: A Look Back at a Year of Building Connections 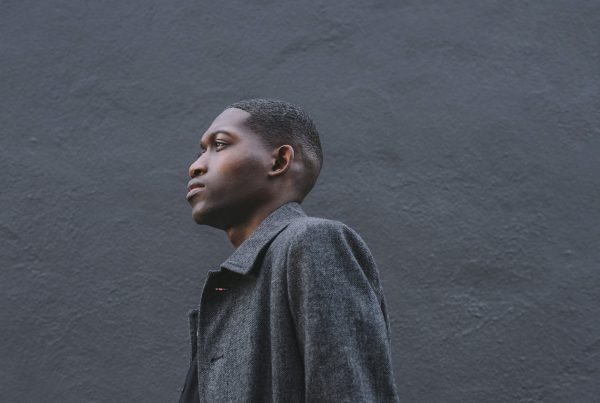